My wife and I have discovered the perfect (though time limited) encryption technology–our five-year-old daughter!

Here is the process.  One of us relays a message to our daughter.  She writes it down.  The message is now encrypted.  Nobody other than my wife and I can actually understand what she has written.  In fact, not even my daughter can figure it out.  Here’s an example: 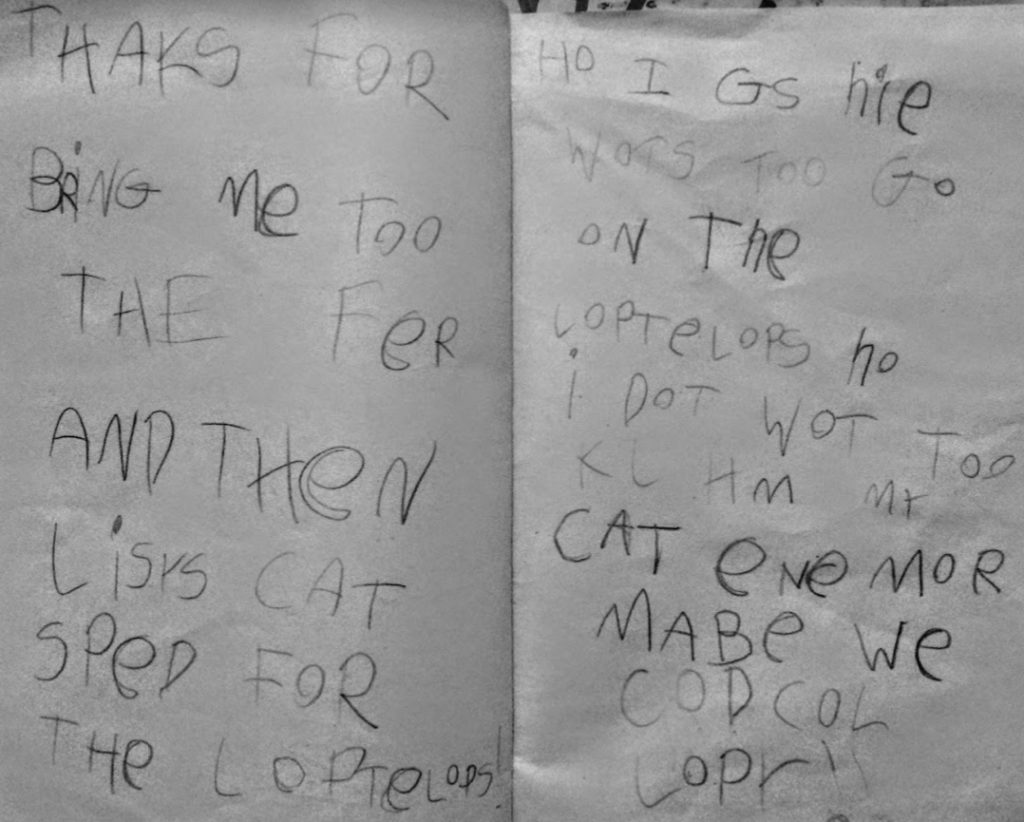 There are a few words in there that you can probably make out, but I’m willing to bet that you can’t translate it in its entirety.  For me?  No problem: 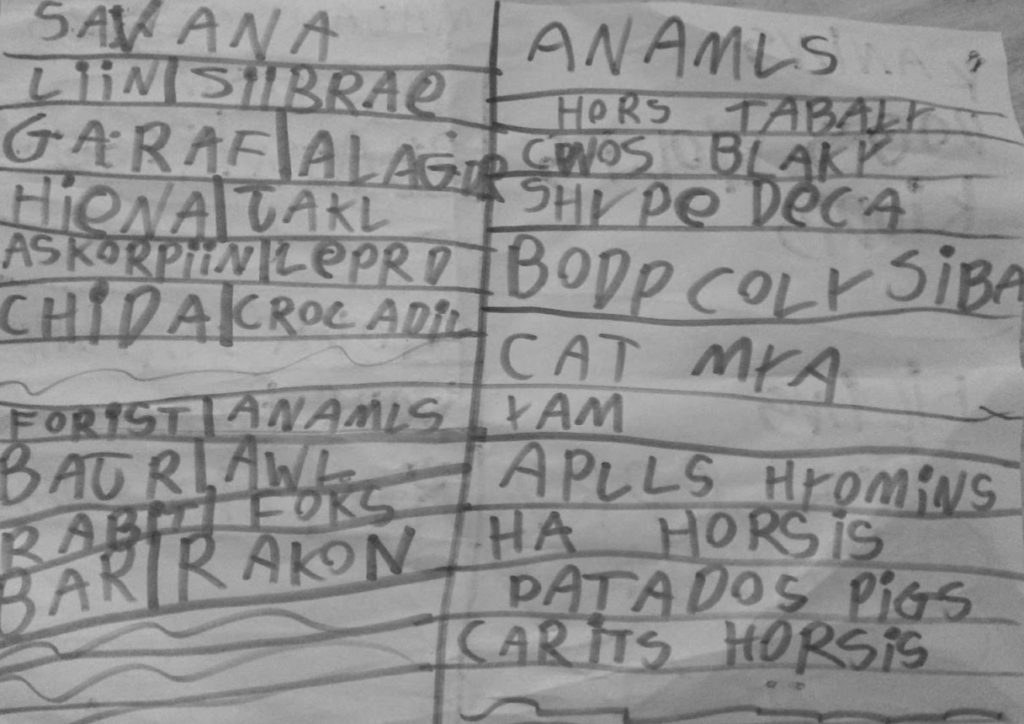 Can you figure it out?

So if I had to send a secret message to my wife while she was away from home, I would simply get my daughter to write it down and then give it to a courier.  I wouldn’t have to worry about the message getting intercepted, since anyone who read it would be clueless as to its meaning.

We’re lucky the Germans never figured this out during World War II.  All they needed was to put a kinder-gardener on every U-boat, and we’d have never won the war. 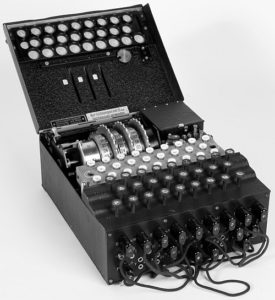 The only problem is that in a year or so my daughter’s writing will improve to the point where pretty well anyone will be able to decipher it.  Yet another reason to wish she wouldn’t grow up so fast…