I recently watched a TED lecture from 2012 authored by journalist-physician Ivan Oransky.  It’s an entertaining talk that demonstrates a few important points about modern medicine, and specifically, that medical research is not very good at predicting health outcomes.  He makes his point by drawing a distinction between disease risk factors and diseases. Sub-clinical atherosclerosis (hardening of the arteries without symptoms), for example, is a risk factor for adverse health events–like strokes. Even though it may be associated with an increased risk of stroke and heart attack, sub-clinical atherosclerosis does not perfectly predict future illness or adverse health events, and is not an illness itself.  Nevertheless, many people are still diagnosed and treated as sufferers of pre-clinical diseases. 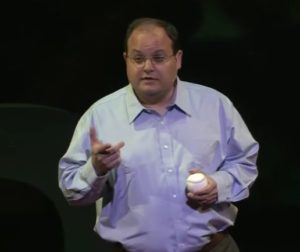 When people are treated unnecessarily, it follows that they are often better off un-diagnosed–mostly because of the financial costs and medical risks associated with treatment.  So why does over-medicalization happen?  Oransky argues that practitioners (and some health advocacy groups) are incentivized to over-diagnose and over-treat because of the direct and indirect financial benefits of diagnosis and treatment.  A physician paid on a fee-for-service basis has an (at least potential) incentive to diagnose and treat, since the diagnosis will lead to more income.  Even if most doctors are ethical and do not wilfully over-diagnose, there are other structures that pressure them to err on the side of over-diagnosis–such as the legal ramifications of failing to detect an illness, and the marketing pressure of drug companies.  The result is a more expensive health care systems with little to no net benefit to health.

What does this mean for Canadian health care?

Oransky is an American, but his comments have interesting implications on Canadian health care as well.  In Canada there is often more demand for health care than can be met by the current health care system, resulting in a surplus of health care demand.  This surplus demand causes longer wait times for health services, and seems to be at the top of the list of things that makes Canadians unhappy with their health care system.

However, this surplus demand also affects the economic incentives of practitioners.  For example, long surgical wait times mean that surgeons are already as busy as they can be–there is little benefit to adding unnecessary surgeries to the existing waiting lists. This surplus demand means that there is ample supply of potential income, and that physicians can be more neutral in their assessments of patient health, since they don’t profit directly from over-medicalization.  In a free market of medical services, this surplus demand would not exist, because price would increase to a new equilibrium.  However, in Canada, the fees paid to physicians are set by the provinces, so the surplus demand results in wait times and other health care delivery problems.

However, if Canada were to see a decrease in surplus demand (for example, through increasing the number of physicians available, or changes in demography), we should expect to also see an increase in the cost of health care not just overall (because there are more physicians billing the system), but even on a per patient basis.  Once demand for treatment and supply of treatment converge on each-other, we could expect to see the over-medicalization incentives kick in the same way they have in the U.S.  This would make the system more expensive, and could offset some of the health benefits of reduced wait times.

This is one of the curious (but not accidental) characteristics of Canadian health care; the excess demand on health care probably saves money for two reasons.  First, it reduces the frequency of services, and second, it reduces the incentives for over-medicalization.  While the former probably has a net negative effect on health, the latter is probably good for health, since it means there is less unnecessary treatment.